The front suspension is relatively simple compared to the rear suspension. Naturally, it's virtually as pimpy as it can be. The lower wishbones are rosejointed but they're proving tricky to source. Normal Fury rosejointed wishbones are readily available. However, rather than use a Sherpa drag link as the bottom joint on the upright, I'm using yet another bleedin' rosejoint. I bought some adaptors which go into the bottom of the upright and have a partially threaded section which a 1/2" rosejoint goes over - at the moment I don't think I'm supposed to say where I got these from...

Because the thread on the rosejoint is different (5/8" UNF rather than M18x1.0) I need some specially made lower wishbones. And at the moment, things are progressing rather slowly on that front... 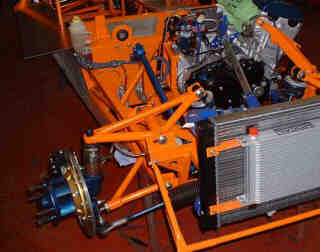 But not to worry, because there's still lots to do on the upper wishbones or rocker arms. Newer Fury kits have tubular rocker arms like in the picture on the right. They are slightly lighter than the older style pressed sheet rocker arms but much stronger. Strong enough, in fact, to mean that if you have an off, instead of the rocker arm collapsing, the suspension mounts rip off the chassis - probably damaging it in the process. So I prefer the older style rocker arms.

That said, there's an awful lot of unnecessary metal in the older style rocker arms - the flat surfaces don't really do anything as the strength is in the curved edges. I've seen quite a few of the RGB racers with drilled rocker arms, so armed with a hole saw and my new drill (the old one died drilling 40mm holes in 10mm thick ali) I set to work. 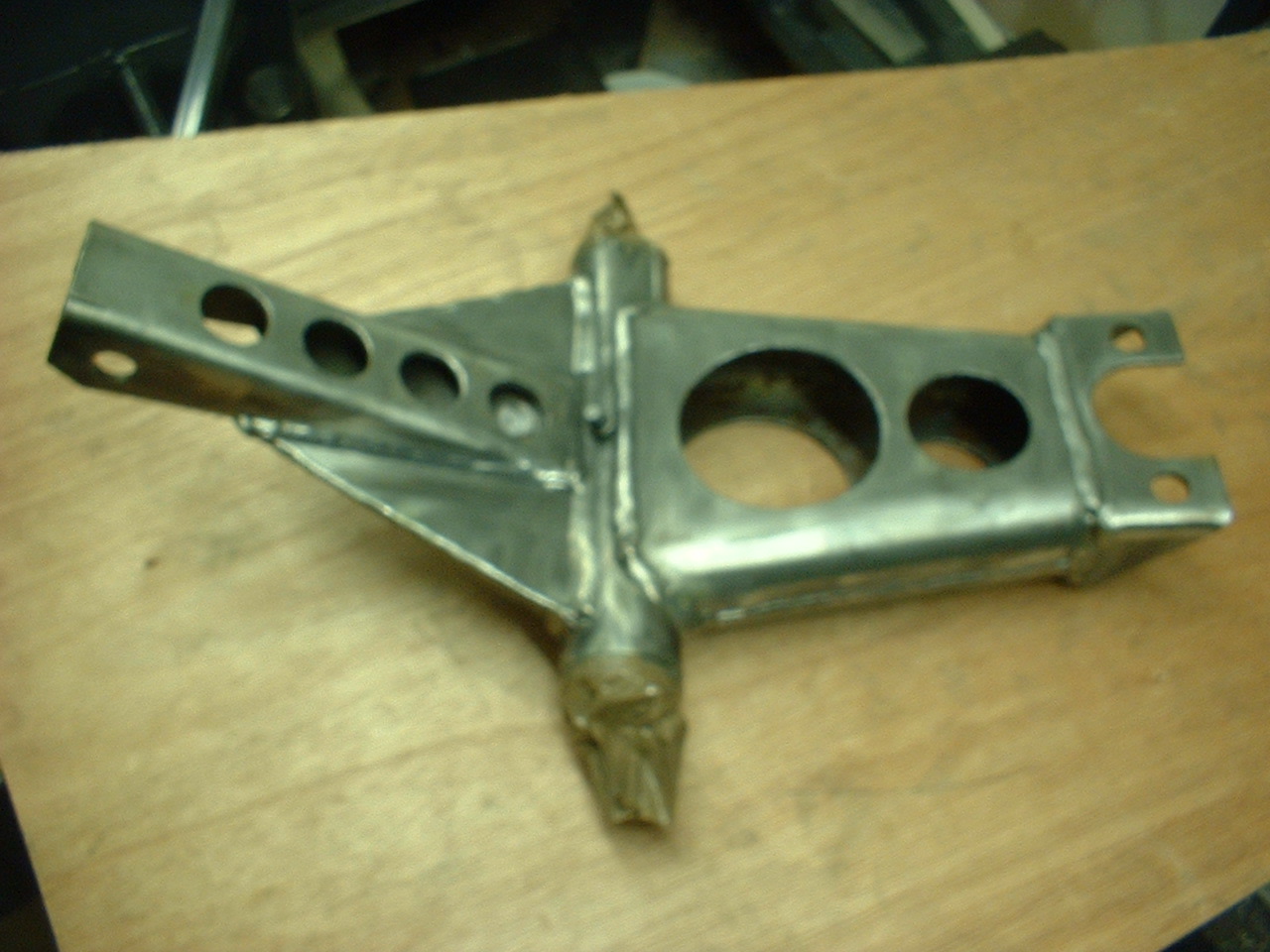 Plenty of time later, and much swarf production and lubricating fluid usage, I ended up with something full of holes. The holes range in size from 64mm to 19mm. The net weight loss is only about 250g per side, which isn't much for so much work, but every little helps. 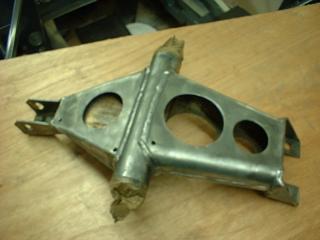 Of course it would have been easier to fit them after all the work to the rocker arms, but I didn't think of that at the time... 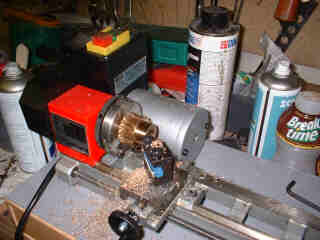 And now for a gratuitous picture of my new lathe, a dinky little Unimat 4. It's absolutely tiny, but for making up little spacers and brackets it's ideal. The ARB on the front suspension is going to be cockpit adjustable by rotating the blade and blade housing. I'm going to do this by way of a worm and pinion gear from HPC gears. The shaft of the worm gear needed to turned down to fit inside the inner tube in the ARB - since it's made of phosphor bronze, this was a nice easy task for the lathe.

And here is the gear in situ. You can see the outer ARB tube in place. The inner ARB tube is inside this with ali collars on both ends and the bronze gear in one end. In the background you can just about see the other half of the ARB system - this is the fixed arm on the LHS rocker.


Things to do: Finish off the ARB, put the springs on the dampers, adjust